A FOUR-BEDROOM HOUSE OVERLOOKING THE ANDES

This Mediterranean-style house is in the Lo Barnechea district of Santiago, Chile, on a hillside acre overlooking the Andes.

The three-story, 6,400-square-foot concrete house has four bedrooms, four full bathrooms and one half bathroom. It was built about 25 years ago and has been well maintained, although a buyer in this price range would probably want to update the kitchen and master bath, said María José Bórquez Yunge, an agent with the Christie’s International affiliate Bórquez & Associates, which has the listing.

The living areas, on the first floor, are all lined with windows and include a large living room with several sitting areas, a study and a dining room big enough for a table seating 14. The kitchen was designed for service rather than as a gathering space; it is connected to two small bedrooms and a bath for staff, Ms. Yunge said.
On the second floor are the master suite and three additional bedrooms with two baths. The master has a spacious walk-in closet, a whirlpool tub and a door to one of several terraced gardens around the property, Ms. Yunge said. 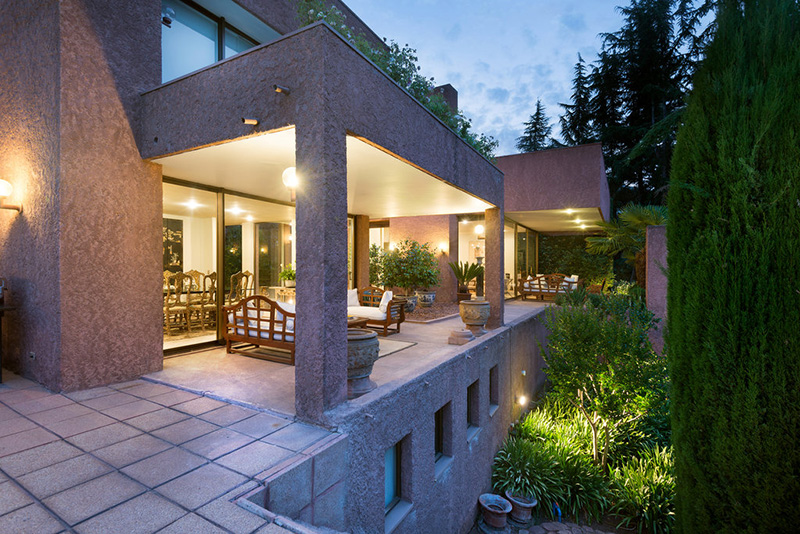 The finished lower level, accessible from an outside entrance, could be used as a recreation or family room.

There is also an in-ground swimming pool, and several covered terraces with mountain views.

The house is two minutes from the highway, and less than 10 miles from downtown Santiago, Ms. Yunge said, yet still very private: “You don’t see any houses, because they are down the hill, and at night, you see all the lights in the valley.” Evergreen trees help maintain privacy.

Santiago International Airport is about 30 minutes away.

A report last year from the Brookings Institution noted that while Santiago has enjoyed considerable economic growth in the past 20 years, and accounts for almost half of Chile’s gross domestic product, the city faces challenges to continued growth. Productivity gains have slowed in recent years, job creation is low and income inequality is high. 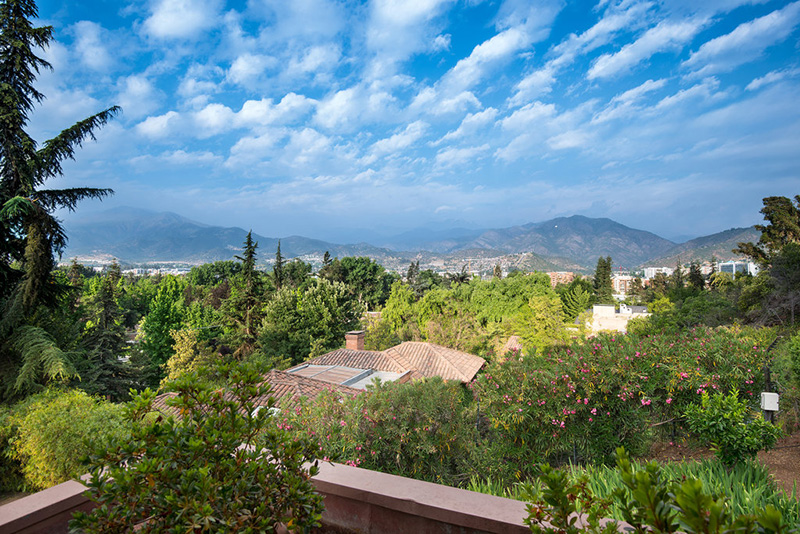 The homeownership rate has declined as rentals have become more popular, said Matías Montalva, an owner of Montalva Quindos, a real estate agency and developer. He attributed that, in part, to people marrying later and having fewer children, as well as tighter lending standards.

Santiago saw an increase in housing prices between 2010 and 2015, but the pace has slowed since, said Nathan Lustig, an entrepreneur and a principal at Andes Property, a company that provides furnished rentals in Santiago, primarily to foreigners.

A value-added tax on the sale of new properties went into effect in 2016, and “prices for new construction went way up, as everybody tried to buy before the new tax came in,” Mr. Lustig said. “And they’ve kind of stayed that way.”

The value-added tax rate is 19 percent, but the final rate is usually lower, because it is applied to the sale price after the land value is deducted, said José Tomás Marambio Yanes, a real estate lawyer in Santiago. 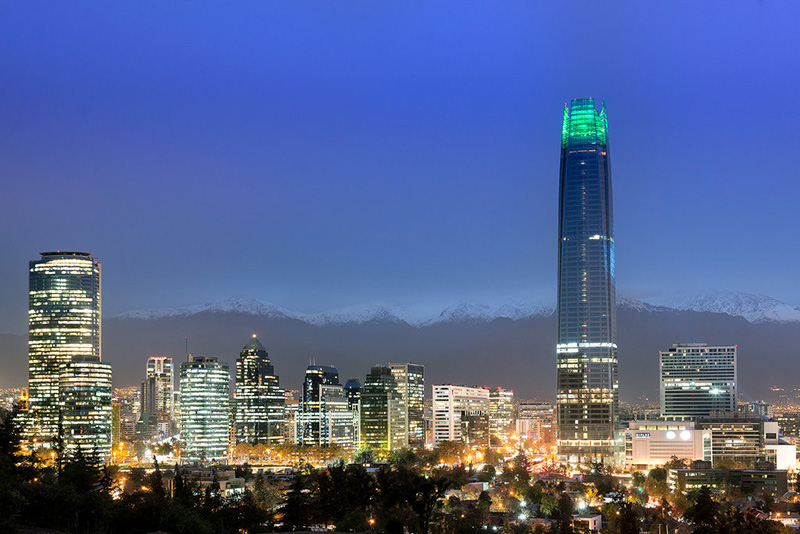 Still, Santiago’s home prices are among the lowest of those in the capital cities of South America, Ms. Yunge said, noting that properties above $1 million are considered very high-end, and take longer to sell.

WHO BUYS IN SANTIAGO

There are few foreign buyers in Santiago, and those who do buy are usually employed in the city or looking for an investment. Most are from the United States or Europe, Mr. Lustig and Ms. Yunge said, though interest from Chinese investors is growing.

Sections of the city popular with foreigners include Lastarria and Bellas Artes, which are close to downtown and museums, and have a walkable, “European feel,” Mr. Lustig said. El Golf, the financial district, tends to attract wealthy foreigners with its private golf club, luxury housing and stores and restaurants, he said.

There are no restrictions on foreign buyers in Santiago, but they must obtain a taxpayer number, Mr. Yanes said.

Buyers should be aware that property is commonly priced in Unidad de Fomento, or UF, a currency tied to the Chilean peso but regularly adjusted for inflation. The Central Bank of Chile posts the daily UF-to-peso exchange rate on its website.

If a property sale involves a real estate agent, the buyer and seller share the 2 percent commission fee. A notary manages most of the transaction, but Mr. Yanes advised hiring a lawyer to do a title search.

Obtaining a mortgage can be difficult for foreigners, Mr. Lustig said, adding that banks typically require proof of at least a year’s permanent residency and, for buyers working in Chile, proof of between six months and a year of income. 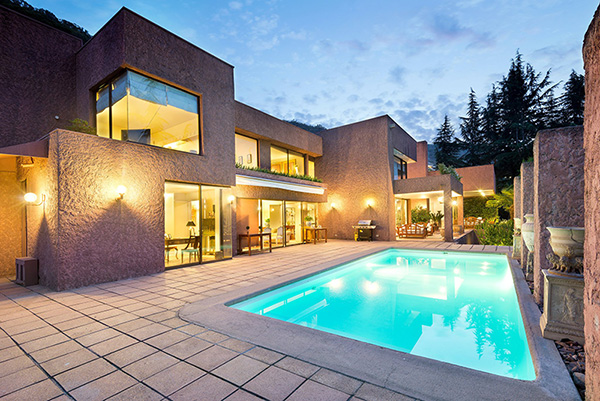